ABDOURAGUIMOV AND ST. DENIS DOMINATE AND GET STATEMENT WINS AT BRAVE CF 38 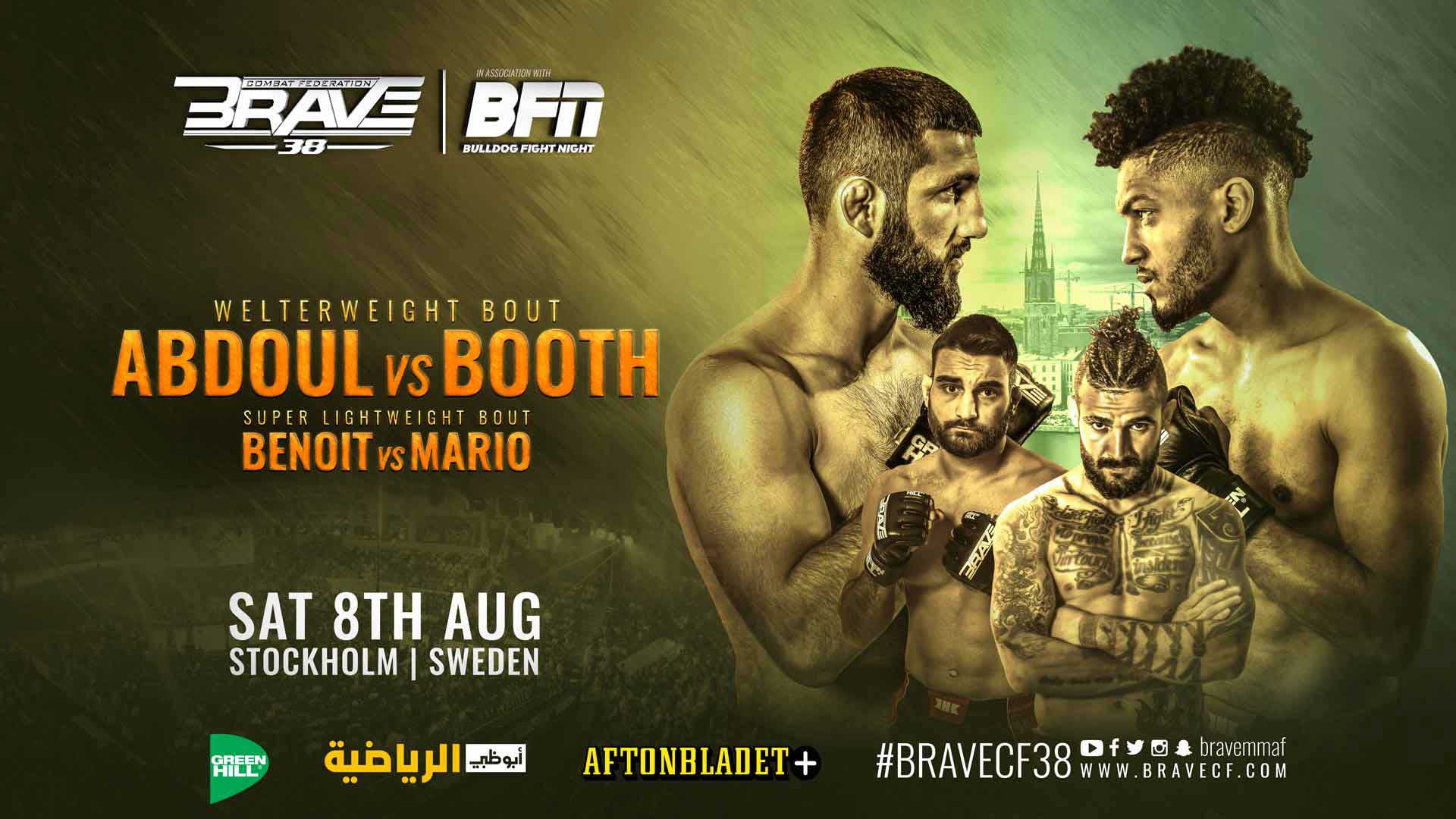 It was a night to remember for French MMA at BRAVE CF 38, which took place this Saturday in Stockholm, Sweden. Both Abdoul Abdouraguimov and Benoit St. Denis finished their opponents in the two main bouts for the fastest-growing MMA organization's return to Europe for its four of five events in five weeks.

In the main event, the former Welterweight world champion Abdoul Abdouraguimov quickly disposed of Carl Booth, taking the Englishman down, and hunting for a submission, eventually landing a D'Arce choke which made "The Bomber" tap.

At Super Lightweight, Benoit St. Denis earned the first knockout of his career as he TKO'd Mario Saeed in the second round. After an event first frame on the ground, "The God of War" turned up the pressure on the stand-up, and landed several body shots which were instrumental in wearing Saeed down. Eventually, St. Denis was able to drop his opponent and finish the fight.

Before the two most important bouts, two young names stood out in a stellar fight card. Bantamweight Bernardo Sopai made his BRAVE CF debut at only 19-years-old and dominated previously undefeated Tariq Ismail en route to a unanimous decision victory. "The Lion King" improved to 8-1 as a professional with the win.

In the only women's bout of the evening, Elin Oberg surprised Malin Hermansson with a series of hard body kicks and jabs, that nullified her opponent's ground game and earned the biggest win of her young career, improving to 3-1, while Malin dropped to 5-2.