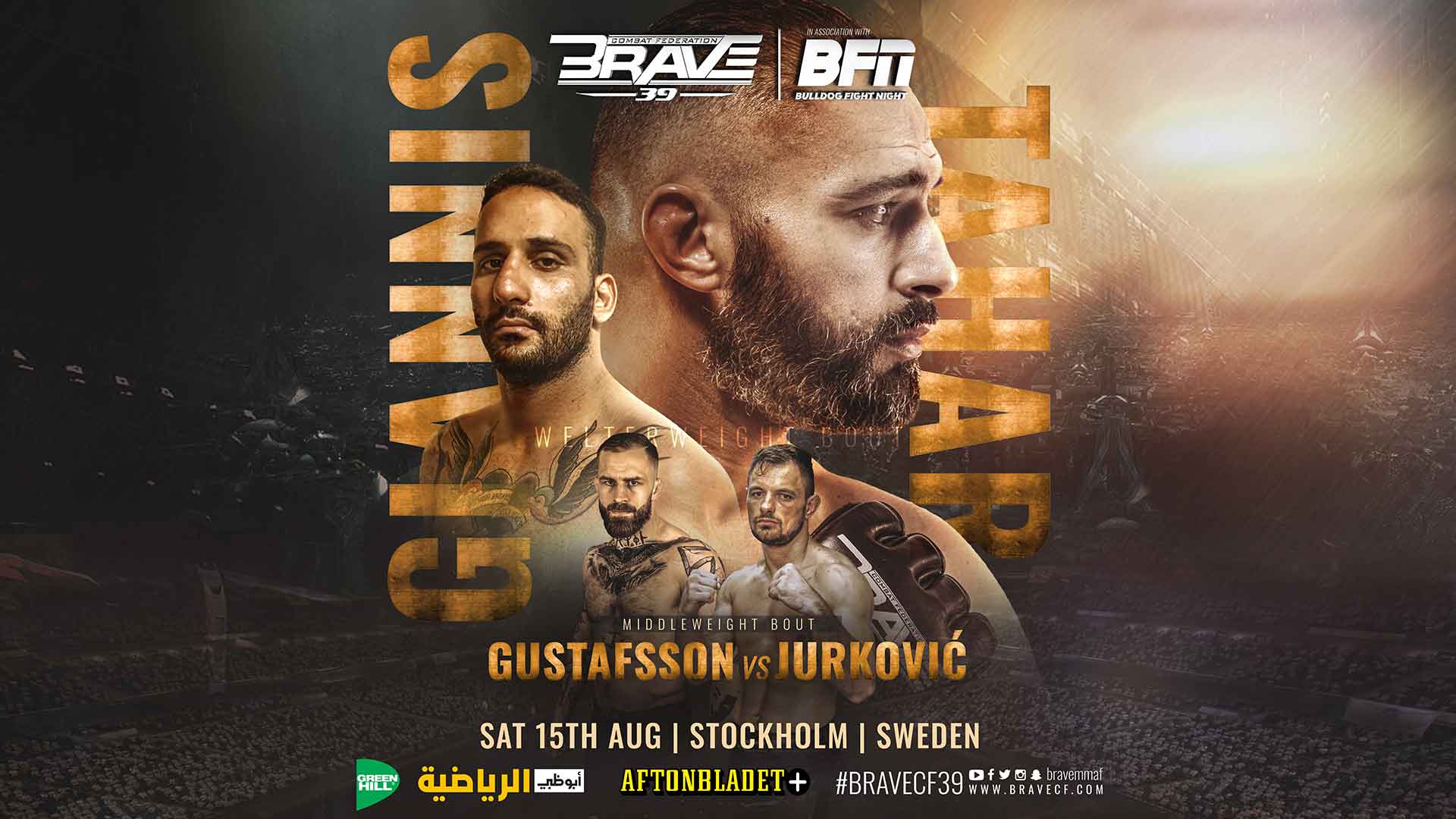 The third consecutive fight card held by BRAVE Combat Federation in Sweden lived up to the expectations and delivered a night full of excitement and great fights.

The main event of the evening saw the return of the French-Algerian powerhouse Tahar Hadbi, after almost two and a half years of absence. “Fast Hands” welcomed Greece’s Giannis Bachar to the fastest-growing MMA promotion in the world.

The years sidelined clearly affected Hadbi, especially during the first round, in which the Frenchman struggled to keep up with Bachar’s pace. Known for his quick and deadly combinations and agility, Hadbi picked up the rhythm once again through the fight and he ended the show with a much better performance, especially connecting good elbows and hands.

Still, that wasn’t enough to deal with what Giannis Bachar brought to the cage. The Greek newcomer explored really well the low kicks and controlled the cage, constantly moving forward and cornering Hadbi. This gave Bachar the edge in the judge’s scorecard, which showed him as the winner by unanimous decision after the three rounds.

The co-main event of the evening between Sweden’s Andreas Gustafsson and Serbia’s Miro Jurkovic was an absolute war. During a back-and-forth contest, both men left everything inside the cage from the first seconds until the end of the fight.

However, Gustafsson seemed to be one step ahead of Jurkovic the whole time. His superiority got clearer and clearer through the fight and after a prolonged, and unanswered, beating less than a minute to the end of the fight, the referee interfered with the Serbian still standing, declaring Gustafsson the winner via TKO.

BRAVE CF 39 counted with two athletes representing Brazil and they saw very different outcomes to their matches. Making his international debut, Feilpe “D’ouro” Lima looked like a veteran and beat Farbod Irannejad via unanimous decision, putting yet another striking clinic, with several highlight-worthy moments, such as body shots, high kicks, and flying knees.

Felipe’s fellow countryman Rafael Macedo did not see the same fate, though. Macedo took the fight to the ground but was unable to keep Tobias Harila under control, which led to the opponent hunting him down and opening a nasty cut, which forced the Brazilian’s corner to throw the towel between rounds two and three.

The opening bout saw a dominant performance by Sahil Siraj, who scored with left hands and body kicks at will, while avoiding his opponent’s Davide La Torre takedown attempts, to grab his fifth consecutive win, remaining undefeated as a professional Mixed Martial Artist.