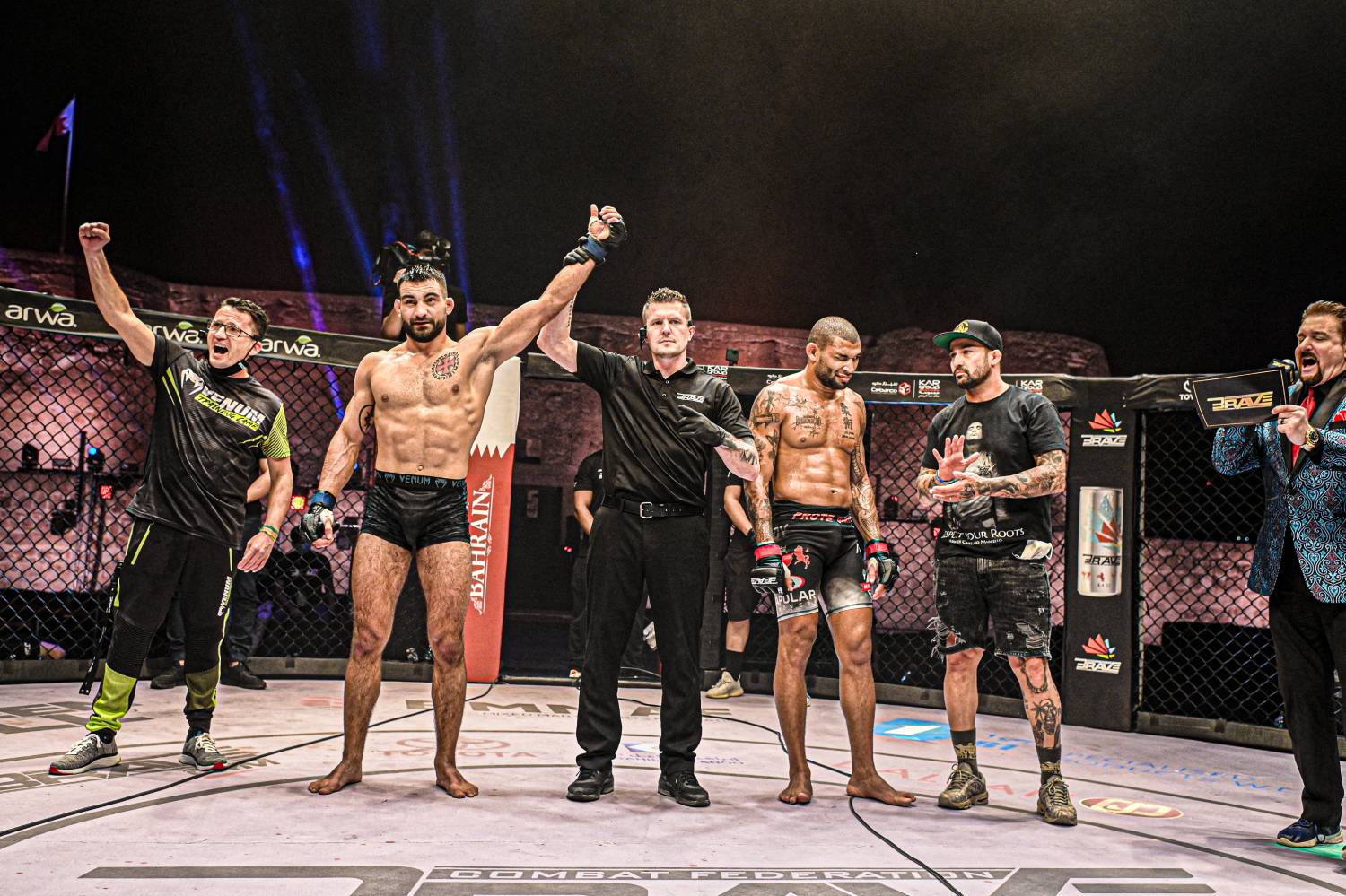 BRAVE CF 49: Superfights promised, as the name suggested, a night packed with exciting fights. And it has delivered even more. From the rising of a new title contender to a much-anticipated Flyweight Tournament definition, and the maturing of a young phenom into a superstar, the fight night at the Arad Fort, in the Kingdom of Bahrain, had it all.

In the main event of the evening, Benoit St. Denis submitted the former world champion Luan “Miau” Santiago in the second round to confirm his position as the next title challenger to the Super Lightweight belt, facing the undisputed champion Eldar Eldarov.

Luan Santiago came in hot with a flying knee right on top of the ringing bell. But, despite the Brazilian having connected a few good shots during the fight, it was St. Denis who brought the bout to his own terms. 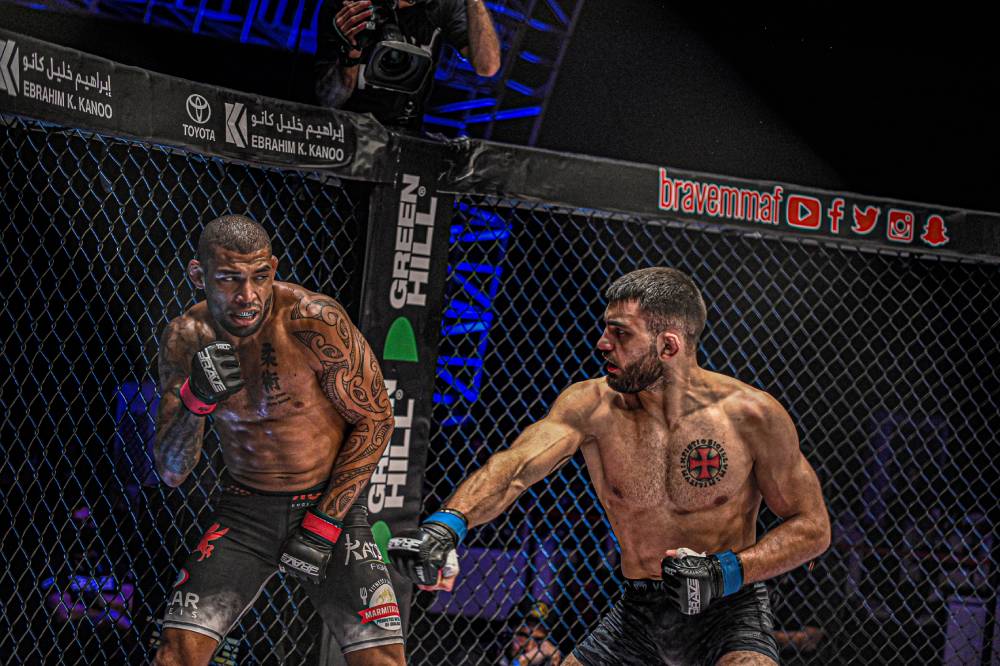 Benoit got the takedown and, while on the ground, managed to transition really well to a full mount, which created enough space for him to push for the finish. He seemed to have it tight with two rear-naked chokes in the first round, but Luan resisted bravely. In the second round, St. Denis got the arm-head choke in and forced Luan into tapping, earning his seventh professional win, remaining undefeated, and securing the title shot.

After the fight, the “God of War” said he’s excited and looking forward to the biggest fight of his professional career. “I always wanted to fight Eldar and I hope we can do it as soon as possible. He’s a great champion but it’s my goal, my life, I will be the next world champion”, he said.

In the co-main event of the evening, Blaine O’Driscoll showed an impressive form, and put Jose Shorty Torres in danger a couple of times, but the former two-time IMMAF World Champion validated his favoritism and earn a unanimous decision victory, advancing to the prestigious BRAVE CF Flyweight World Title Tournament.

Torres shared his thoughts on the next round match-up. “I’m excited to face the winner of Ali Bagautinov vs Dustin Oritz, because those were two guys that I was watching even before I started in MMA, it’ll be awesome to fight one of them”, he said. 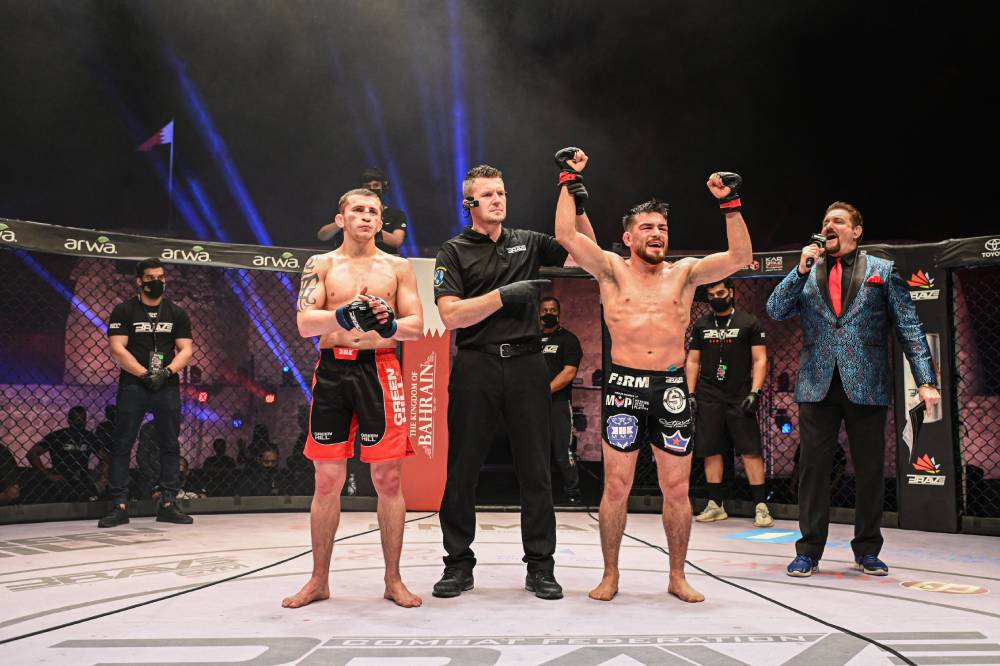 The night also saw a potential fight-of-the-year contender in the clash of former IMMAF World Champions Muhammad Mokaev and Abdul Hussein, with Mokaev having, arguably, the toughest fight of his career so far and Hussein teaching a valuable lesson about resilience and composure while facing a decorated wrestler and grappler such as “The Punisher”. 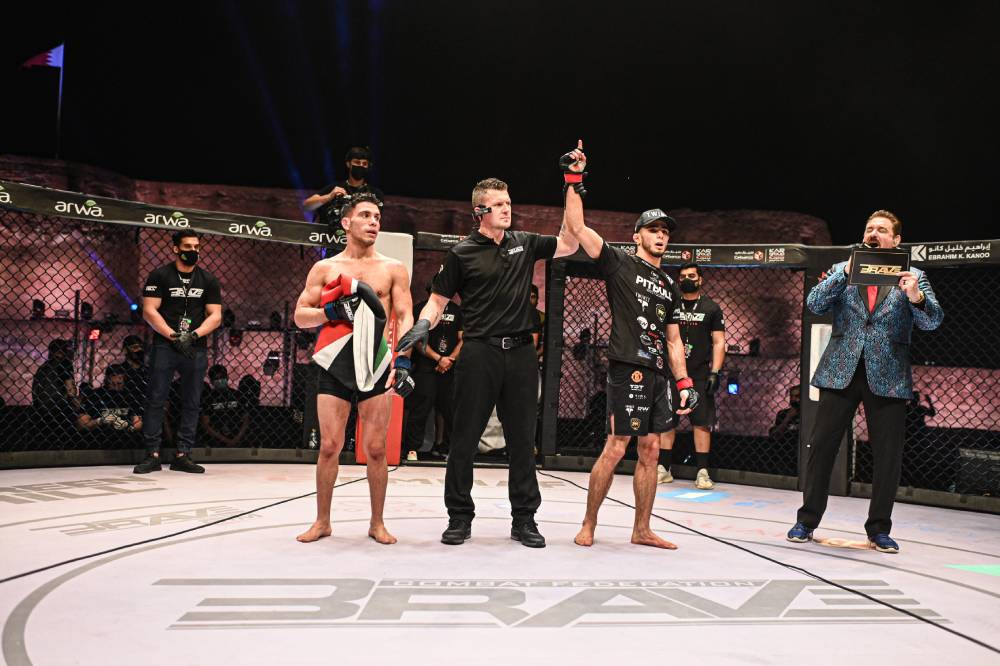 Go to BRAVE Combat Federation's Instagram account for videos of the best moments of a historic fight night - instagram.com/bravemmaf.

Check out below the BRAVE CF 49 results: