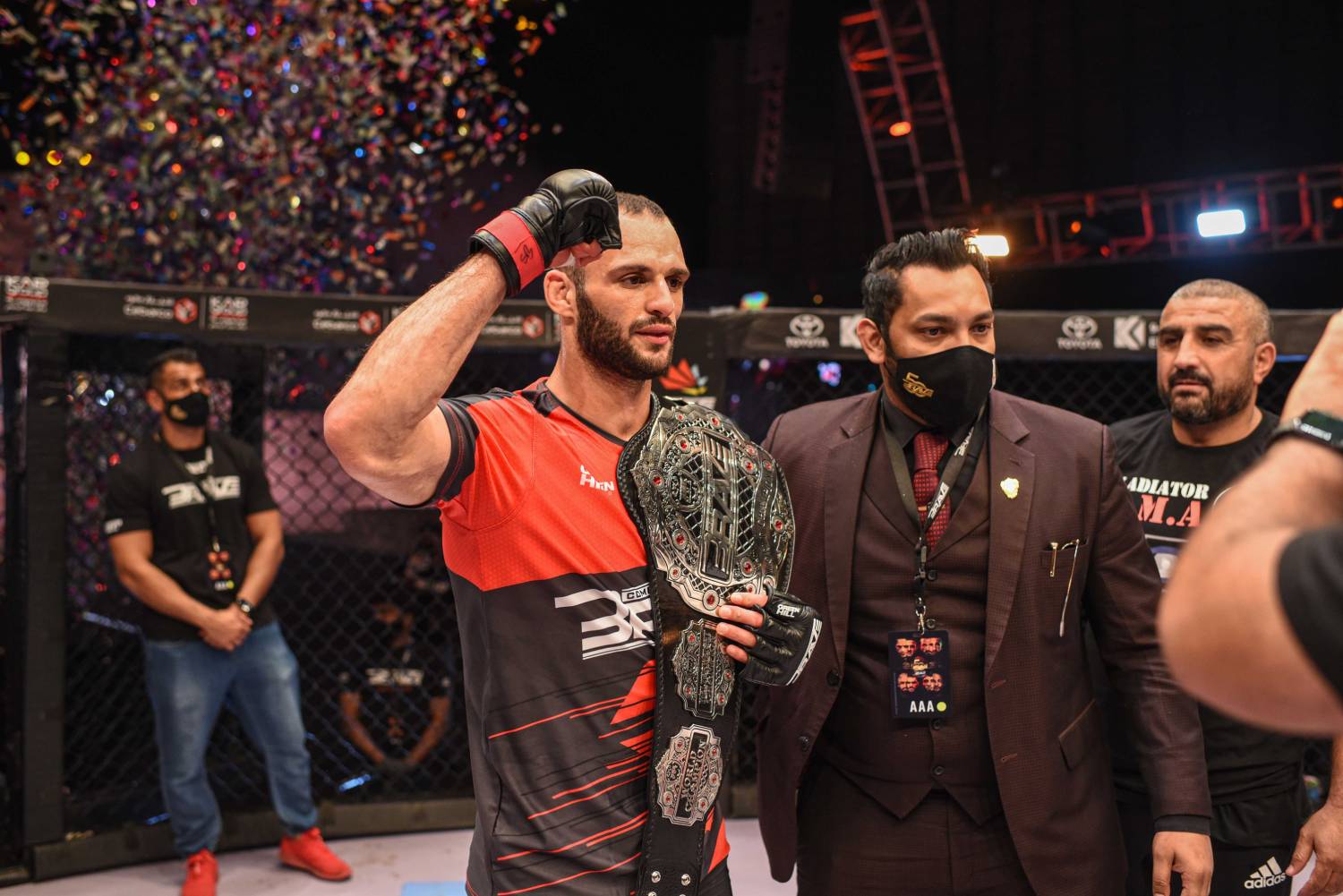 BRAVE CF 50 was an unforgettable night of mixed martial arts action that left several records broken in its aftermath. It placed BRAVE Combat Federation officially as the only organization to visit 21 countries in its first 50 shows. Inside the cage, however, the fighters rose to the occasion with several world-class performances and some records broken.

Anton Turkalj went viral with his spinning-back fist KO victory over Konstantin Soldatov, with the Swedish phenom pulverizing the previous record for fastest KO win. The 13 seconds he spent against Soldatov are now at the top, pushing back Djamil Chan’s KO over Alejandro Martinez at 29s (during BRAVE CF 14) down the pecking order.

The reigning Super Welterweight world champion Jarrah Al-Silawi was the big star of the show, as he headlined BRAVE CF 50 and successfully defended his world title for the first time in his second reign. His TKO win over Ismail Naurdiev made sure to bring his win tally under the BRAVE CF banner to 9 victories, making him the fighter with most wins in promotional history.

And that’s not the only record that Jarrah achieved during BRAVE CF 50. He also drew with Jeremy Pacatiw for most fights for BRAVE CF, becoming the second athlete to reach double digits with 10.

Finally, Jarrah extended his grasp on the most cage time record as his 6m19s spent against Naurdiev put him with 131 minutes and 46 seconds of action in the BRAVE CF Arena.

Rewatch the finest action in MMA for free by signing up to bravecftv.com.