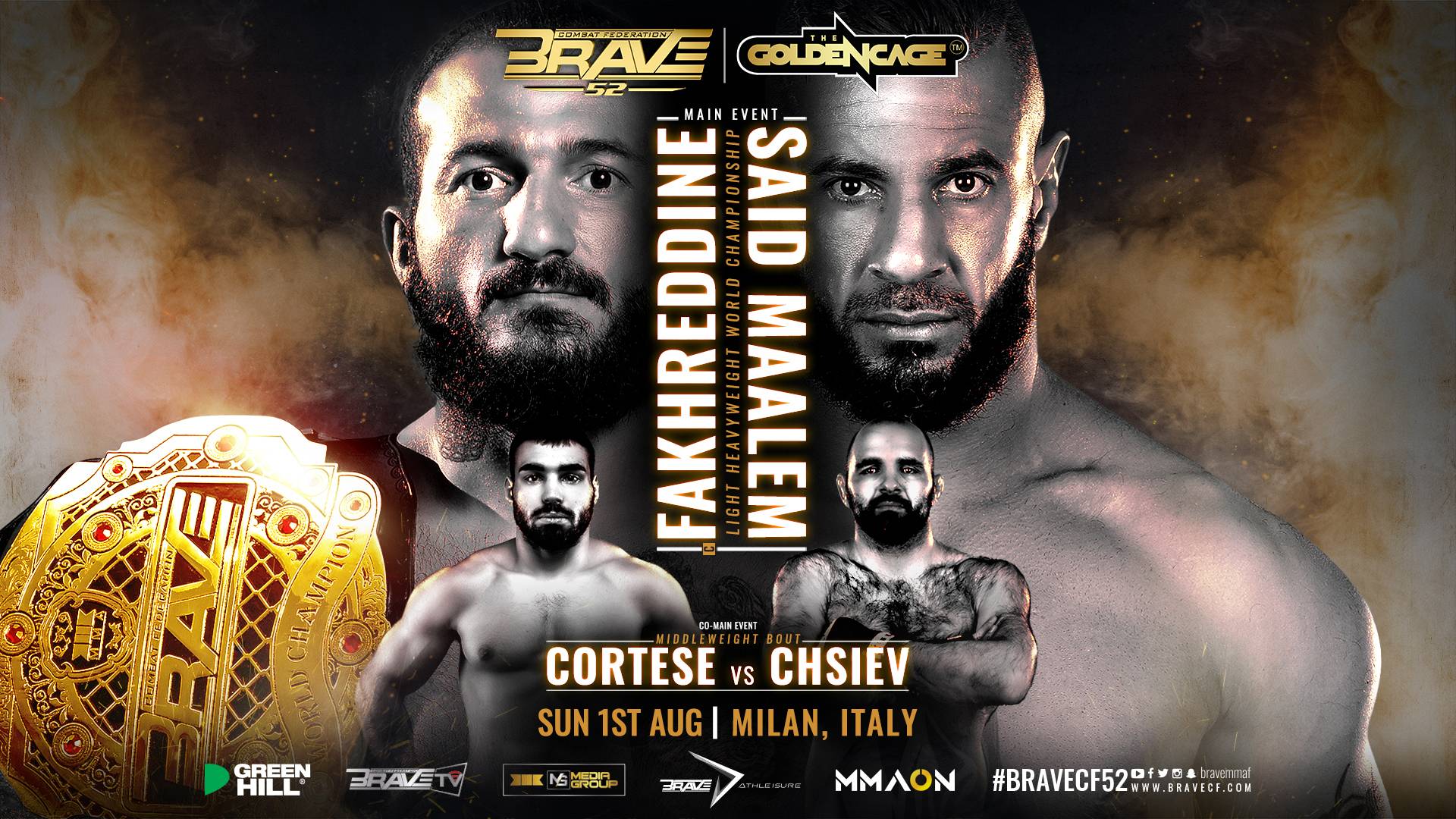 Mohammad Fakhreddine and Mohamed Said Maalem will finally have the opportunity to settle their differences with gold on the line. They are set to be the main event of BRAVE CF 52: Bad Blood, which takes place in association with The Golden Cage, in Milan, Italy on August 1st.

BRAVE Combat Federation has announced that its Middleweight world champion Fakhreddine will attempt to become a two-division titleholder, as he takes on arch-rival Mohamed Said Maalem with the vacant Light Heavyweight belt on the line.

Their fight was supposed to take place at BRAVE CF 50, but Fakhreddine fell ill during the day of the event, and wasn’t able to walk out on fight time.

After the cancellation was announced, Said Maalem went on a tirade, accusing ‘’The Latest’’ of being disrespectful, and then used his social media profiles to poke fun at Fakhreddine’s stomach issues, which ignited a huge feud between both fighters.

‘’I came today for the belt. I'm here and my opponent isn't here even though he disrespected me and said I don't have any wrestling and any boxing even though I was a respectful person. I wanted to reply to his trash talk and teach some manners in the cage’’, said ‘’L’Ambiance’’.

Now he will have another opportunity to rise up to the occasion and become the new Light Heavyweight champion of the world, while making sure his hated counterpart doesn’t make history.

For Fakhreddine, it will be a chance to definitively write his name in MMA folklore by becoming the first-ever BRAVE CF simultaneous two-division world champion, something that can define the storied career of Middle East’s most famous fighter.

With BRAVE CF 52: Bad Blood, Italy becomes the eighth different European country visited by BRAVE Combat Federation, after Northern Ireland, England, Romania, Slovenia, Sweden, Russia, and Belarus. The show and partnership with The Golden Cage aims to solidify the organization’s stance as having the most active MMA market share in Europe, and dedication towards fostering the European mixed martial arts scene.