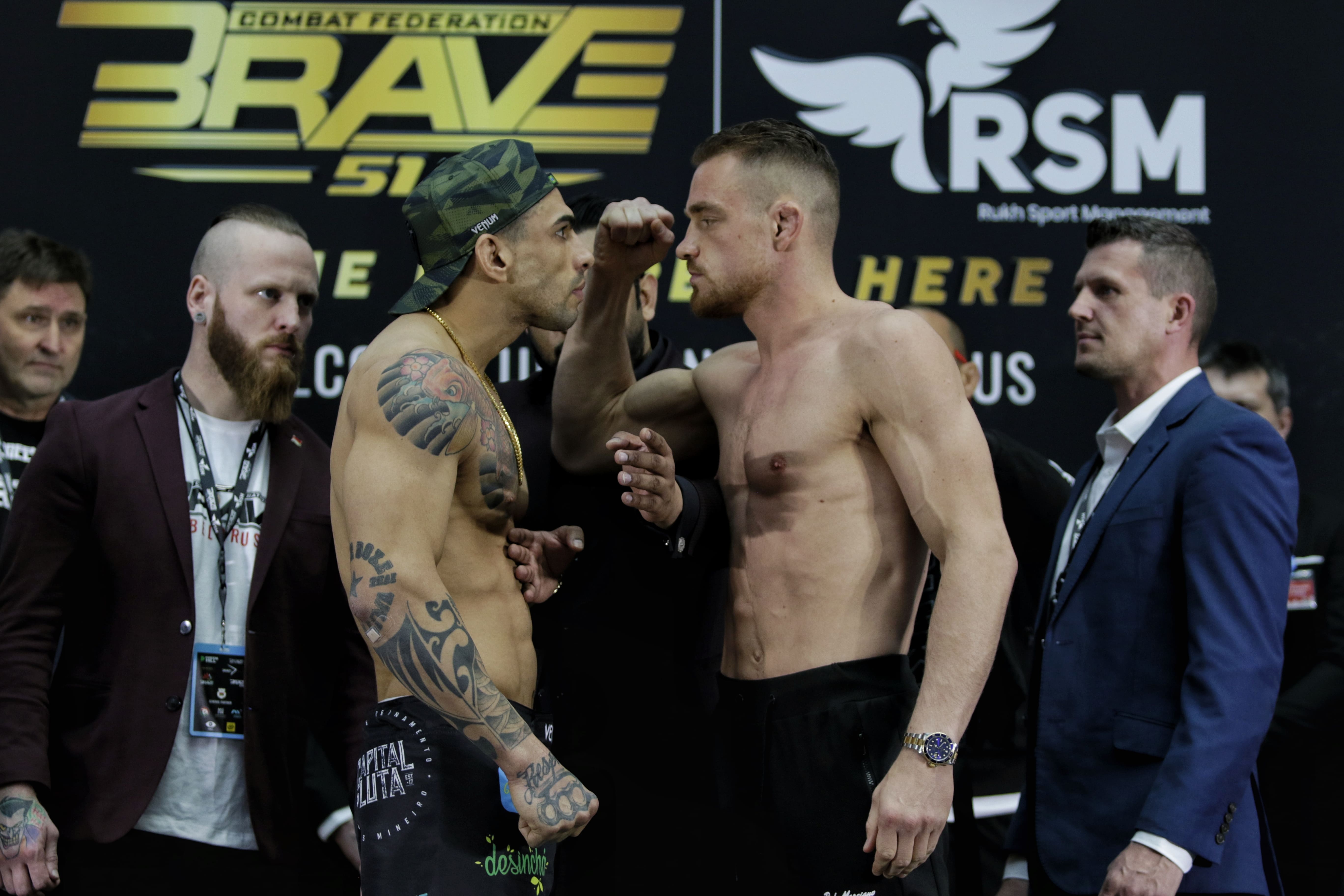 During the weeks leading up to the BRAVE CF 51 main event between Lucas “Mineiro” Martins and Marcel Grabinski, the temperature was high and the war of words took over. Needless to say, such a build up meant a very tense staredown when the two finally stood face-to-face for the last time before entering the cage. 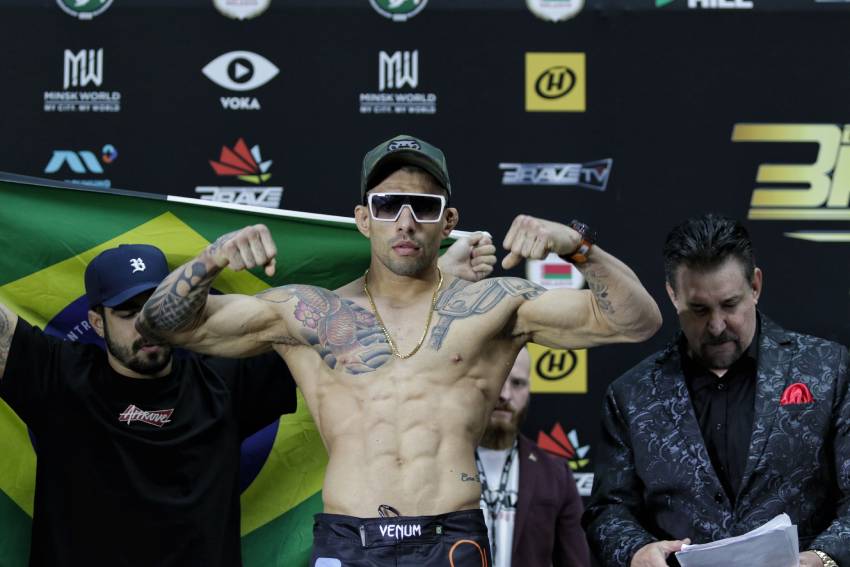 Entering first, Marcel Grabinski, who spent the last weeks saying he’s ready to prove his superiority in every aspect of the game, stared intensely while Martins took his turn on the scale. 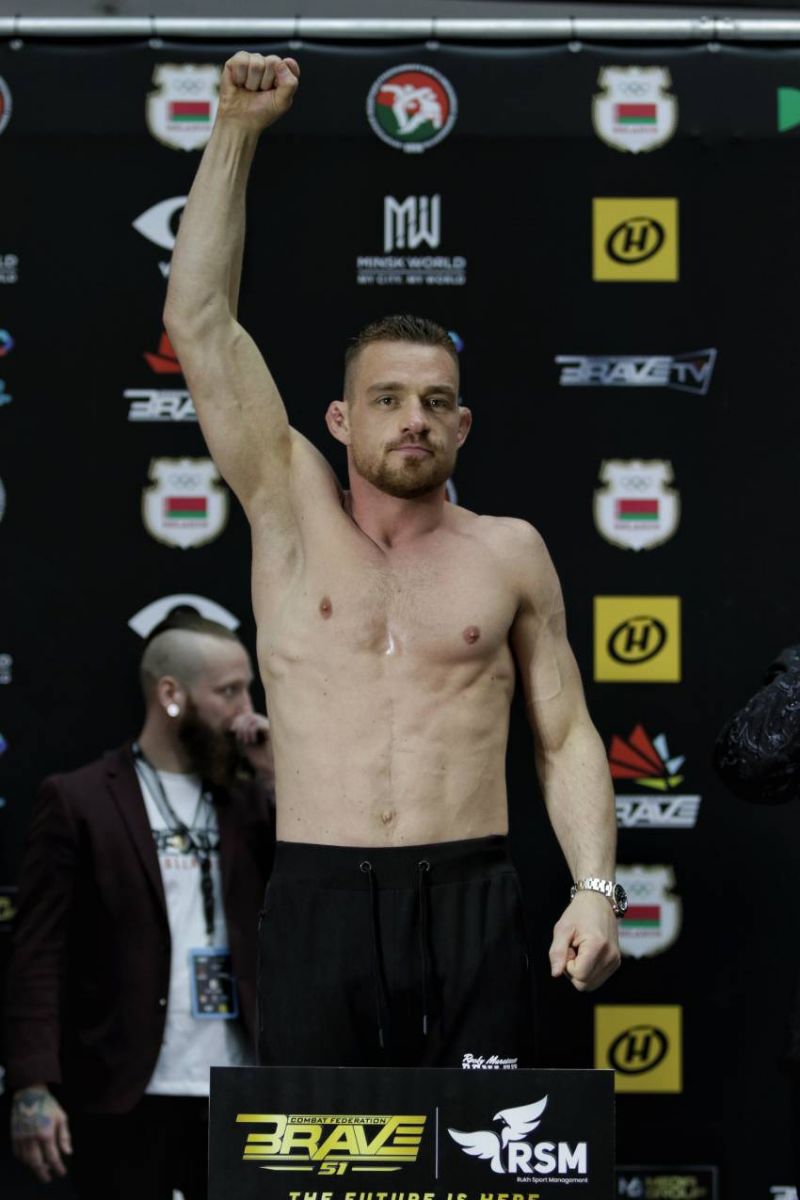 Once they got a few inches from each other, the tension was palpable. Grabinski flexed his arm while Martins went on “hunter mode”, seeking Marcel’s eyes closely and not even blinking.

BRAVE CF president Mohammed “The Hawk” Shahid told both men to look forward but it took them nearly half a minute to stop facing each other. 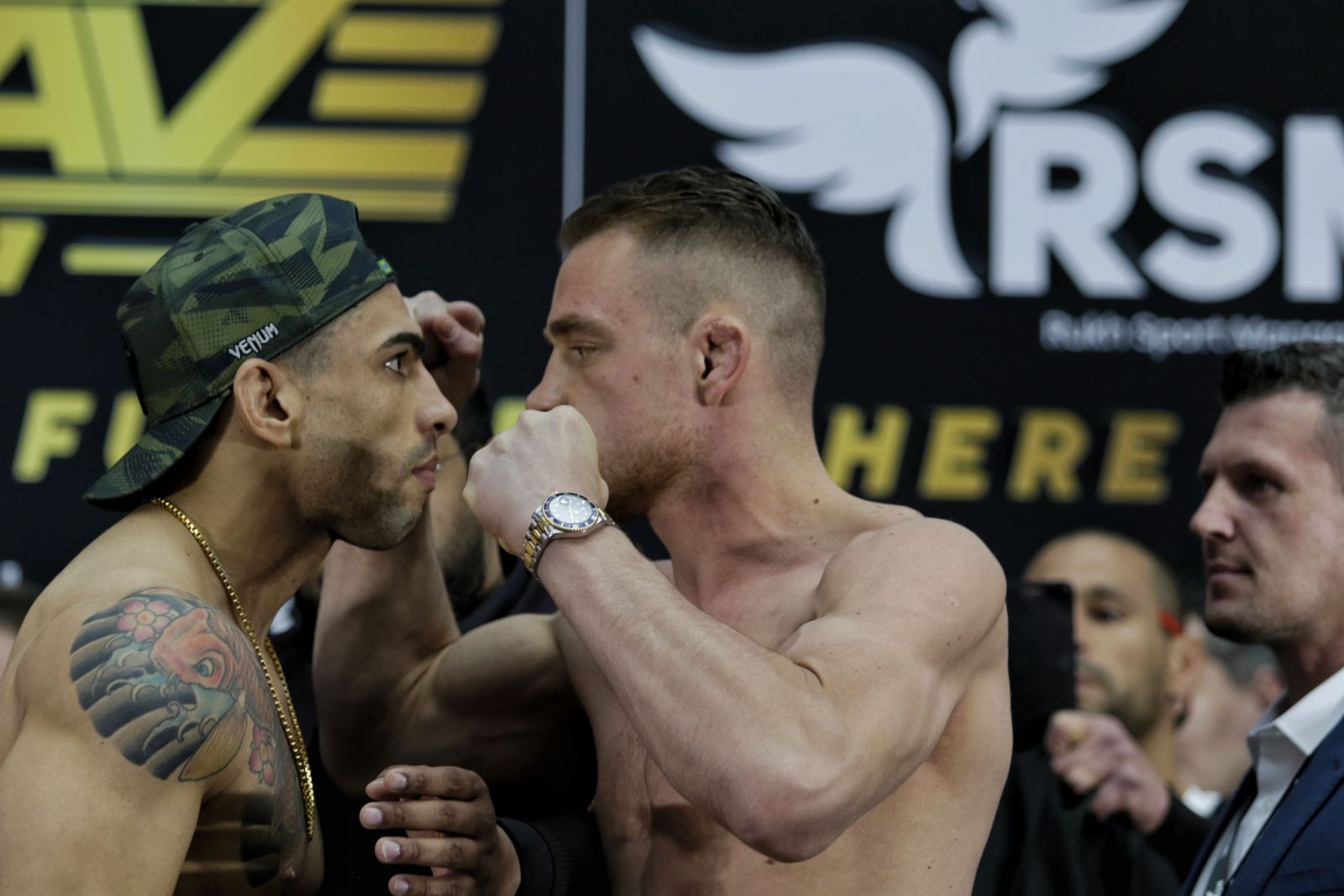 BRAVE CF 51: The Future Is Here takes place this Friday (4) with 12 fights held at the Falcon Club in Minsk, Belarus, in association with Rukh Sport Management. The show will be broadcast globally through bravecftv.com, LIVE and FREE.

Check out below the results of BRAVE CF 51 weigh-ins: