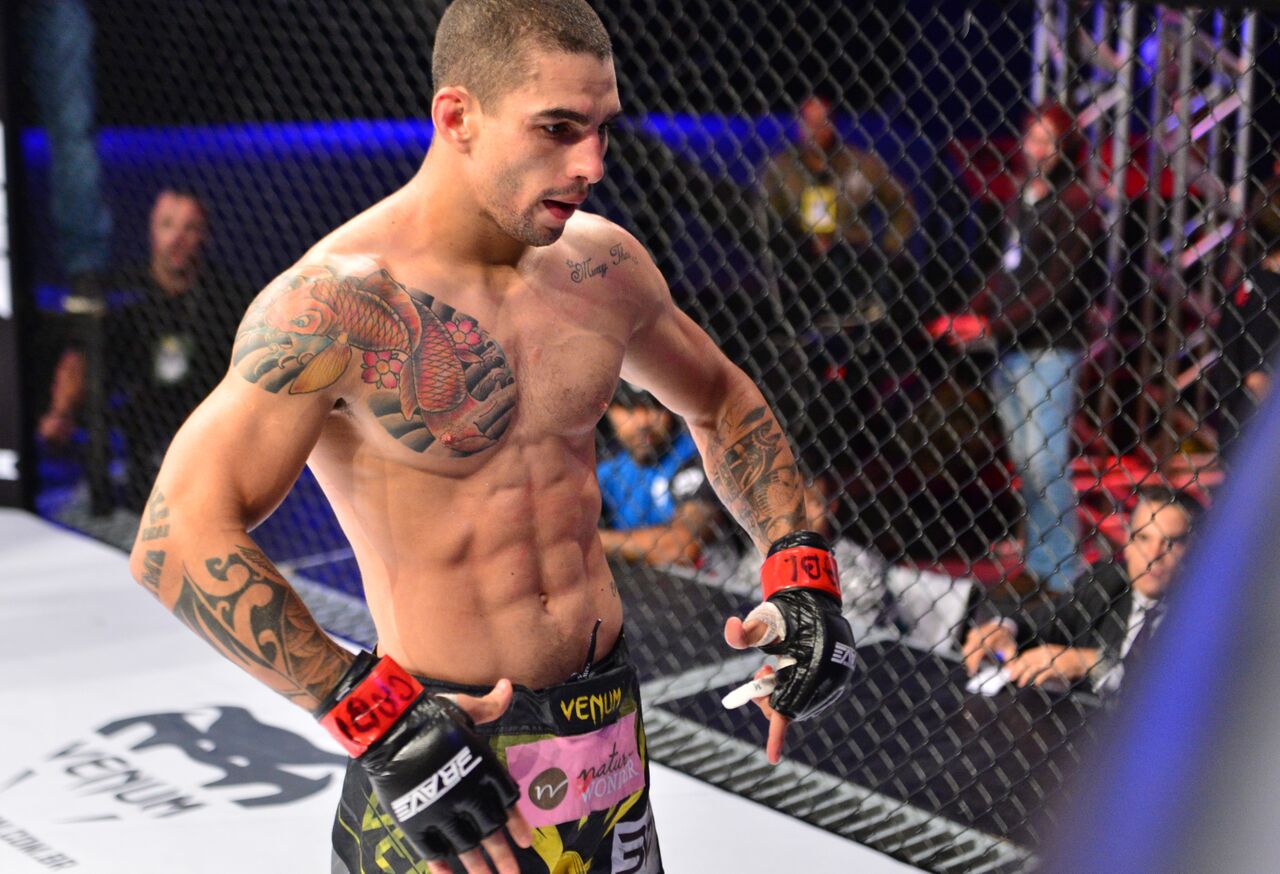 Lucas ‘’Mineiro’’ Martins is a man on a mission. The former Lightweight champion of the world is eager to return to the win column on this Friday’s BRAVE CF 51: The Future Is Here when he takes on Marcel Grabinski in the main event of BRAVE Combat Federation’s maiden fight card in Belarus.

Coming off two losses in title fights, the Brazilian striker admits his back is against the wall coming into the matchup with Grabinski, but remembers the last time he had two straight losses, he came back and dominated the opposition en route to his BRAVE CF world title.

‘’I’m used to dealing with pressure, it was at this stage, with two straight losses, that I reinvented myself and eventually became the BRAVE CF world champion. Now it won’t be different, my best version is coming at the worst stage of my career. I will put on the performance of a lifetime on Friday’’, said a confident ‘’Mineiro’’, who says he still has aspirations of getting his world title back.

‘’First of all, I need to win this fight, and after that my team and I will think about my next step. But obviously I want to fight for the belt, not because of the belt itself, but because that means I will be fighting with the best and that’s what I want to do’’.

BRAVE CF 51: The Future Is Here will take place at the Falcon Club Arena, on June 4th, and will feature martial artists representing 14 different countries in the biggest mixed martial arts show in the country’s history.

The groundbreaking show will be available live and free worldwide through BRAVE CF TV (bravecftv.com) and also through local broadcasting partners in selected locations.