After a historic year that saw BRAVE Combat Federation hold multiple live events in Europe and Asia, the Bahrain-based global promotion is gearing up for its final extravaganza of 2021. The organization will make its first foray into Belgrade, Serbia on December 18 to hold BRAVE CF 56 at the state-of-the-art Belexpocentar, and the card is headlined by a pivotal lightweight encounter between Filipino superstar Rolando “The Incredible” Dy and hometown hero Slobodan Maksimovic.

Dy, the 30-year-old son of boxing legend and former WBC Super Featherweight World Champion Rolando Navarrete, has been a mixed martial artist since 2011 and is one of the most recognizable faces of the sport’s well-entrenched scene in the Philippines.

With more than 20 professional bouts on his resume, Dy has the experience of a seasoned veteran and has seen it all inside the cage. Always a crowd-pleaser, “The Incredible” utilizes his dynamic boxing background with an impeccable takedown defense to outclass his opponents.

He’ll now get the chance to put on a show once more opposite Maksimovic. In the other corner, Maksimovic has been in the MMA game for more than a decade and has a wealth of fight experience under various outfits on his curriculum vitae. Ranked as the No. 5 lightweight in the Balkan Peninsula, Maksimovic possesses a beautiful combination of solid striking and grappling skills that has proven to be a potent formula for success as he has amassed a stellar 17-6-1 overall record.

Moreover, the 32-year-old Serbian is riding high on a two-fight winning streak and has won seven of his last eight outings since 2016. Dy, the 2020 BRAVE CF Fighter of the Year awardee, desperately needs an impressive performance to maintain his status in the stacked 155-pound weight class. Meanwhile, Maksimovic is eager to keep rolling and make a big first impression on the world stage.

In partnership with MMA League of Serbia, BRAVE CF will be announcing more matches for its first trip to Belgrade in the coming days.


*Order subject to change, more bouts to be added 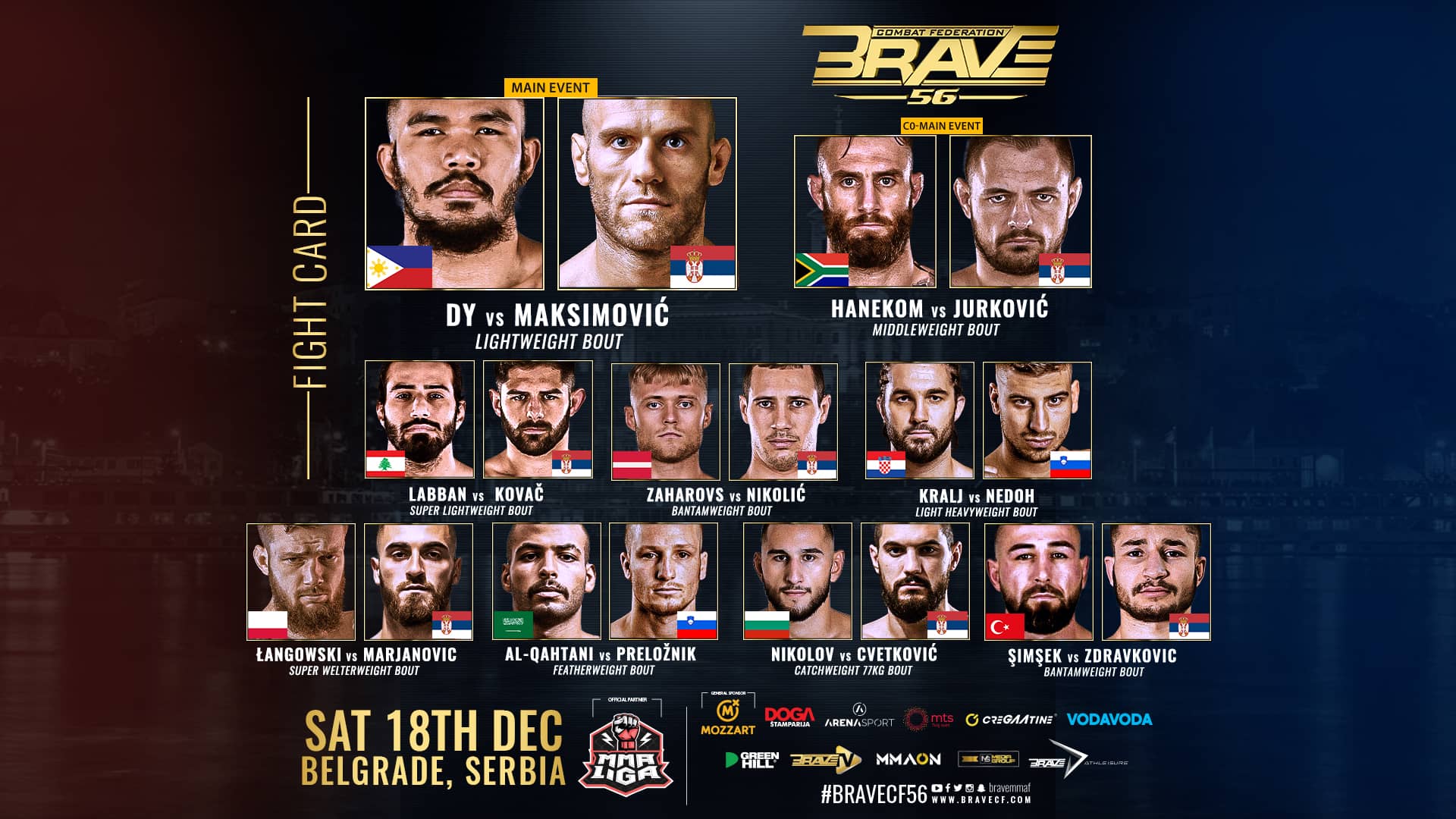